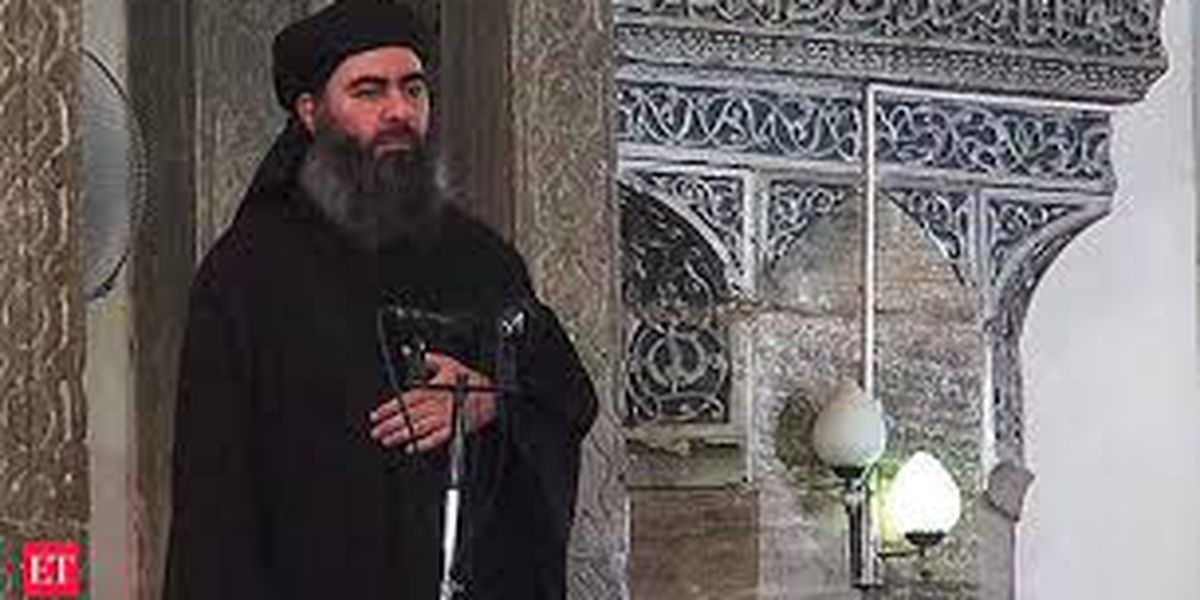 "The special forces - I can't say precisely where - but the special forces that deployed in the region would've been unaffected by the decision the president made" about the troop withdrawal from northern Syria, Pence told PBS NewsHour's anchor and managing editor Judy Woodruff.

A military dog is being hailed as a hero after he cornered ISIS leader Abu Bakr al-Baghdadi in a dead-end tunnel, where the terrorist then detonated a suicide vest. Some officials said they pulled it off in spite of, and not because of, Trump's actions.

Pentagon officials denied any involvement in the strike, in which a second IS fighter was killed and a third was captured, though the State Department said USA assets were involved. The group also claimed responsibility for deadly attacks across five continents.

"He died after running into a dead end tunnel, whimpering and crying and screaming all the way", Trump said, adding that three of Baghdadi's children also died in the blast.

The Post faced an avalanche of criticism Sunday for initially including the phrase "austere religious scholar" in the paper's headline of a story on al-Baghdadi's death.

He said the USA was "protecting the dog's identify" by keeping any information about the canine classified for now.

Bin Laden's burial at sea triggered mixed reactions, with a prominent imam saying the United States violated Islamic custom by not burying bin Laden on land, a move seen as a USA attempt to prevent his resting place from becoming a shrine for extremist followers.

Trump, touting his role in the operation, said USA forces informed Russian Federation that they were entering, telling them: "We think you're going to be very happy".

US Secretary of Defense Mark Esper praised a almost 100-strong force that helicoptered to the rural compound in Syria's Idlib Governorate in a complex mission that required coordination with Russians, Kurds, Turks and Syrian President Bashar al-Assad's regime to prevent US aircraft from being fired upon.

Amid concerns that Islamic State could stage a resurgence in the ensuing power vacuum, Trump said last week a small number of US troops would remain in the area of Syria "where they have the oil", a reference to oilfields in the Kurdish-controlled region.

Syrian Democratic Forces (SDF) General Commander Mazloum Abdi said it was "a continuation of the previous operation" in which Baghdadi was killed over the weekend.

Joint chiefs Chairman Gen. Mark Milley told reporters Monday that the animal "performed a tremendous service" and said the dog was "slightly wounded" but is now recovering and has returned to duty at an undisclosed location.

The hunt for Abu Bakr al-Baghdadi - whose extremists have unleashed ghastly violence on civilians across the Middle East and beyond - has been a top Western priority but was complicated by the messy divisions in war-ravaged Syria.

Can said a decision to go after al-Baghdadi was made more than a month ago, but Turkey's October 9 incursion caused the SDF to end the investigation.

"I know the president had planned to talk down to the unit and unit members", Milley said.

There have been almost 100,000 tweets containing the words "declassified" and "dog" since the president's tweet. Baghdadi is the most senior terrorist leader killed or captured since Osama bin Laden's death in a raid in Pakistan back in 2011.