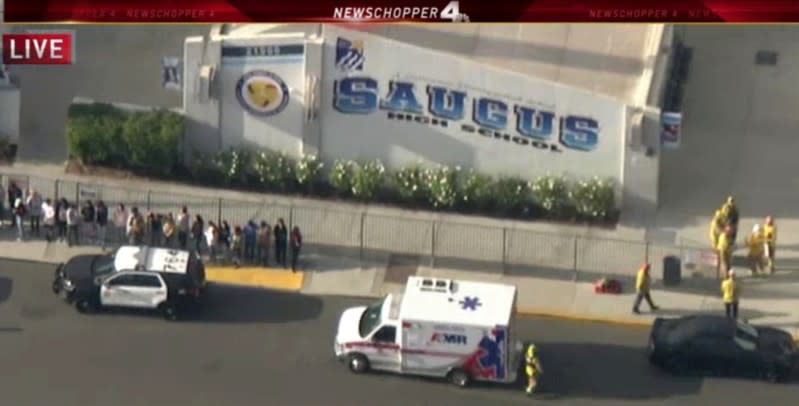 The Los Angeles Sheriff's Department announced the arrest Friday after receiving reports of a 13-year-old student, whose name was withheld because of his age, planning an attack on Ánimo Mae Jemison Charter Middle School. Villanueva said the Knight High School student made threats on social media after a fight on campus.

After tracking down the alleged student, police obtained a search warrant and conducted a search of the student's home Friday. "School officials contacted the sheriff's department immediately". "In this case, the fact that people stepped forward to say what they had heard led us to be able to prevent a tragedy today". "We have to have information to act". Bob Boese said. The man, who was not recognized, was held on $35,000 bail, he said. The adult may face myriad weapons-related charges.

A student who was allegedly found with an unregistered assault rifle, ammunition, body armor and list of intended victims was arrested Thursday.

At least 30 threats against schools in the Los Angeles area have been investigated in the week since a shooting at Saugus high school in Santa Clarita, where a 16-year-old shot dead two fellow students and killed himself.

Investigators were trying to determine where he got the gun.

KABC reported that the school involved was in South Los Angeles.

Share this article: Los Angeles County Sheriff Alex Villanueva points to an image of the gun that was seized. "We all have a responsibility to keep students and all who work in our schools safe, and we are grateful to those who spoke up".

In a separate case, a boy at another school was taken into custody involving a planned shooting.

The weapon used in last week's school shooting in California was an unregistered "ghost gun" assembled from a kit, authorities say. In the two decades since the shooting at Columbine High, some 233,000 schoolchildren have experienced gun violence at their own schools, according to The Post's data.